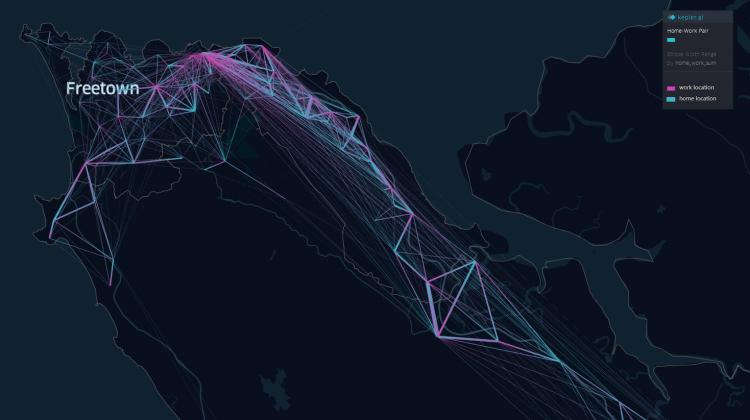 On March 30th, Sierra Leone reported its first case of the novel SARSCoV19 virus. On April 5th, the Government of Sierra Leone implemented its first of a series of confinement measures - a three day lockdown. On April 11, after the first lockdown ended the Government implemented a second measure - a 14 day inter-district travel ban. Under the tenure of President Julius Maada Bio, Sierra Leone has prioritized the use of data analytics and technology to improve and bolster the work of government. As the COVID19 situation developed, a panel was set up to support the government with actionable insights that can be used to respond effectively to COVID19. As part of this initiative, the government expressed a need in using call detail records to understand the effectiveness of their April inter-district restriction and other subsequent policy actions.

Our team is working closely with Sierra Leone’s Directorate of the Science, Technology, and Innovation (DSTI) to understand the extent in which citizens responded to mobility restrictions. This research explores the use of call details records and census data to monitor public compliance to government mandated confinement measures in Sierra Leone and to support on-going government decision-making. It demonstrates how mobility analysis can be used during a public health crisis to support policy makers in understanding the effectiveness of their policy decisions.