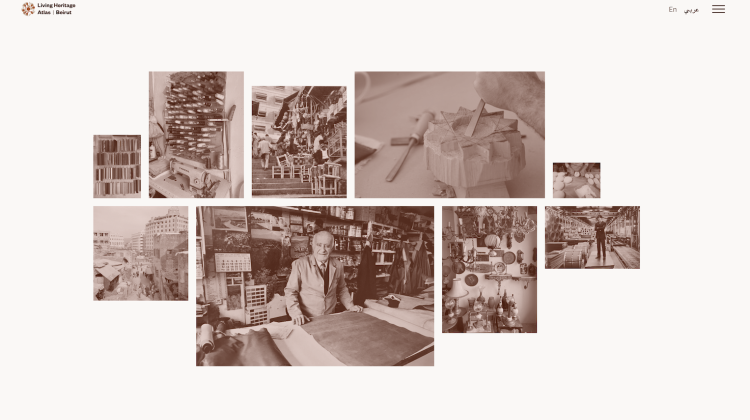 Living Heritage Atlas | Beirut is a design-based research project that contributes to the urban planning discussion on Beirut's heritage by rendering visible the often unrecognized living heritage of craftsmanship — with its crafts, public spaces, and local knowledge.

This project has been developed by the Massachusetts Institute of Technology (MIT) Civic Data Design Lab (CDDL) and Future Heritage Lab (FHL), and it is supported by Dar Group. Living Heritage Atlas | Beirut recognizes that craftspeople are an exponentially marginalized and vulnerable group of individuals, operating at the intersection of heritage, the infrastructure of making, and the local economy at different urban scales.

This project seemingly bridges the digital to the physical by advancing three key interventions: