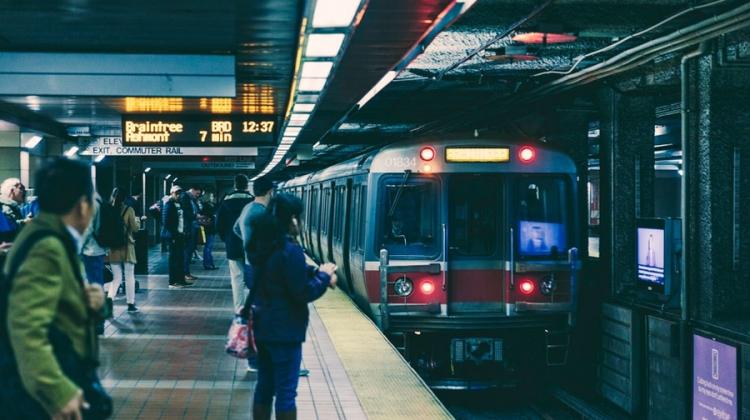 Urban residents hear a lot about public transit fares, but to what extent do transportation costs really affect riders? A group of urban studies researchers at MIT has conducted a new experiment — a randomized, controlled trial — on Boston’s MBTA system showing that if low-income people are offered a 50 percent fare discount, their ridership increases by over 30 percent. A new white paper with the results was issued this month. The paper’s lead author is MIT PhD student Jeffrey Rosenblum; his co-authors are Department of Urban Studies and Planning professors Jinhua Zhao, Mariana Arcaya, Justin Steil, and Chris Zegras. MIT News spoke to Rosenblum about the results.

Q: What was the impetus for the study, and what did you find?

A: The idea was to look at travel behavior of riders. One of the things we don’t ordinarily have access to is how low-income people use the system. We can track seniors because seniors have a special card. But for low-income people, a lot of the information had previously been anecdotal.

There were hardly any studies to help me understand how low-income riders would respond to fare decreases. When I have to look back to a 1964 study from New York City as one of the prime examples that looked at low-income riders, you know there’s some missing data.

There have been two hypotheses in this area. One is that low-income people have no choice but to use public transit, so they have to take it out of their food budget or child budget. The other is that they do change behavior when fares decrease. The second is what we ended up finding: Low-income people did take significantly more trips, about a third more, based on the analysis. This suggests that for the low-income people in the study group, who were selected out of food stamps recipients, affordability was a big factor. So that’s really the take-home message.

Q: There is another layer to the results, though, which is that the increased use of public transit was strongly linked to certain purposes, such as using social services.

A: This gets into an important concept in transportation. No one gets on a bus to get on a bus. They want to go someplace. In the past transit systems really just cared about the numbers of people using the system, and they didn’t really care about the purposes of those trips.

In most categories of trip purpose, we didn’t see much difference, but in the social services category, we did. Usually when people think of public transportation, they think of commuting to work. And when people think about low-income riders, they don’t think about other really important things in life. Low-income people also spend more time on public transit doing errands, visiting family, as well as going to social services and health care providers.

Q: So this is not just a matter of household finance, since it seems like lower fares for low-income people have a kind of multiplier effect, allowing them to access other goods, right?

A: Yes. And any decisions related to implementation and the impact on the system would be as important as trying to find the money to fund such a program. Whenever studies like this get done, the implication is that this is an important issue to address.

But then one question is: Who is going to pay for it, and how? And the second is: Who would administer it? One option would be just to say the MBTA has to do it all. A more creative option would be to incorporate it into an existing government program, like Mass Health, or SNAP, the food stamps program, where those agencies already have a whole customer-service system set up, a database of low-income people, and are already issuing them cards. Imagine if a low-income person had one card, with a debit-card for food stamps, the Mass Health information, and a Charlie Card [an MBTA metro card] chip embedded in it. That’s where government efficiency counts. The technology is there but the lack of interagency coordination is a significant barrier.