Following or breaking the path? A morphological comparison of Soviet and Post-Soviet residential areas in Kyiv 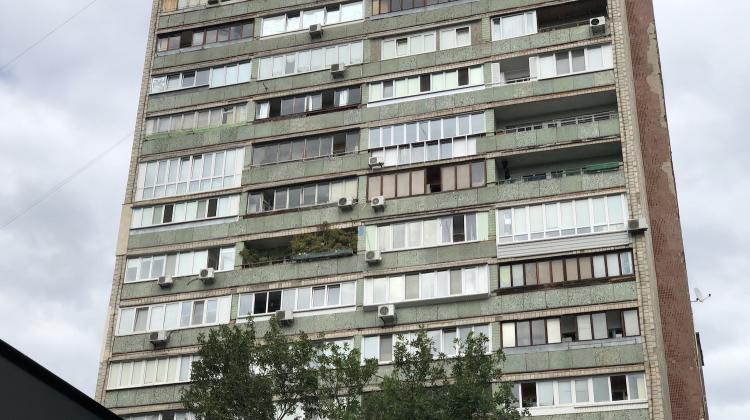 Soviet residential areas were constructed as ‘whole community’ ensembles of residences, retail areas, community facilities, and green space in association with transport facilities. Post-Soviet design has mirrored some aspects of Soviet urban design while explicitly abandoning others. What elements of Soviet urban design have persisted in a post-Soviet era, and why? In order to understand the morphological similarities and differences between Soviet and post-Soviet residential design, we examine the evolution of selected utopian socialist mass housing projects in a post-socialist market-driven era, comparing a set of morphological parameters of four Soviet and post-Soviet residential microdistricts in Kyiv, Ukraine.

This research is being prepared for submission to a peer-reviewed academic publication.

This project is a collaboration with Yegor Vlasenko, Fulbright Fellow in DUSP, 2019-20.

Will Kyiv’s Soviet Industrial Districts Survive? A Study of Transformation, Preservation, and Demolition of Industrial Heritage

Kyiv’s new General Plan has failed. What will come next?

In this article, we assess and critique the foundational principles behind the creation of the city of Kyiv's key and sole formal planning instrument: its General Plan, proposed for passing and released on the 3rd of March 2020. We contrast the new Plan's approach to urban development with alternative, contemporary aims and principles outlined in the New Urban Agenda (NUA), the Leipzig Charta, and the Kyiv City Strategy.

The assessment shows the negative repercussions and inconsistencies of the new Plan. As we discuss and debunk critical principles of the General Plan, we argue, in turn, that Kyiv needs to foundationally and immediately rethink the values, aims, and power relations within its decision-making process for urban planning and development. Off-the-shelf, obsolete planning solutions to tactical-level issues should be abandoned, and a revised, participatory, democratic, and pluralistic participation process should be enacted instead. Only at that point will Kyiv be ready to create a master plan that genuinely offers innovative and broadly-supported ideas for needed improvements.

Kyiv’s General Plan is not an accident

During Soviet times, general plans were instruments developed for what was, in essence, a totalitarian state. This state had a highly centralized «command» economy and also, as part of this totalitarian condition, nearly unrestrained use of natural and human resources. The key aims of Soviet planning evolved through time, and which remained inherently top-down until the end of the USSR, concerned location of ever-developing industry, supporting infrastructure (e.g. Metro, heating, roadways), and housing for the workers in what was purportedly a fully employed economy (Shaw, 1983; Miliutin, 1930). Cultural, natural and leisure amenities were often seen as the supplementing parts of the plan. The overall built environment, while not conceived through democratic processes, was at its best well-designed, equitable, and efficient. Many times, however, this was not the case (Meerovich, 2005, 2015).

We believe that Kyiv needs a renewed urban planning approach that can formulate an appropriate vision of the city’s future development while creating the political instruments that would allow the city to collectively arrive at this desired future. In this part, however, we will not propose a holistic urban planning strategy, since such strategies can only be created through open, inclusive, and comprehensive processes involving first local, then national, and then international collaborations and idea generation. Our focus, produced from an urban planner’s perspective, is instead on devising the fundamental and necessary visionary changes that we believe are needed in the GP process in order to «catalyse» new political, civic, and design approaches to planning in Kyiv. Both new methods and goals should shift away from those currently dominant in the contemporary neoliberal discourse, and from those inherited from the socialist-industrial era. We also acknowledge boldly that our suggestions to renew the current planning discourse and outcomes in Kyiv are guided by our values and professional backgrounds as practitioners and researchers with domestic and international experience.