Lecturer of Urban Design and Planning

Marie Law Adams is a co-founding partner of Landing Studio, an architecture, design and research practice whose work negotiates the intersection of large-scale global infrastructure with urban environments. Since 2005 Landing Studio has developed projects with port facilities and infrastructure entities in Boston and New York by designing shared industrial and public access landscapes, light installations, festivals, exhibitions and industrial/community operations agreements. The work of Landing Studio has received such honors as an AIA Honor Award in Regional & Urban Design, a Progressive Architecture Award, and the Architectural League Prize and has been exhibited at institutions including MIT, RISD, Parsons and the City College of New York.

Adams is a registered architect. She earned a BSArch degree from the University of Michigan and a MArch from MIT, where she was a Presidential Fellow and recipient of the AIA Medal. 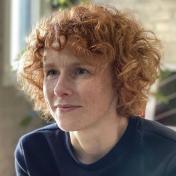